2012 has arrived with a big thud & Perth Land Developers have started a mad dash to the exits to dump stocks before;
A) Prices fall further
B) To also appease their Banks who are getting alarmed at the low numbers of sales in the Perth  land market & are now questioning the value of the security they are holding against loans.
Land developers rarely use their own money, the majority borrow from Banks to acquire the land & then borrow from Banks again to develop the land.
These borrowings are backed by the value of the land they have in their holdings & with land values plunging developers hands are being forced by their Bankers who naturally reassess the value of securities used to support a loan {Every 3 Months if not Monthly}.
Banks are asking developers to top up the discrepancy in valuations made in today's market.

Land Valuations have never been a problem for developers when prices were rising, however in today's market the only choice Developers have is to dump land quickly at reduced prices & get the cash to appease the banks or tip in their own cash which they don't want to do in this market.
By Mid 2011 all Major Land Developers in Perth were coming under pressure from their banks, they  have tried to shift stocks that were not moving with discounts that were hidden as "Bonuses" $20,000 Harvey Norman "Home Starter Cards" , $15,000 Fencing & Landscaping Packages, Stamp Duty Paid, Builder Bonuses etc etc .... none of these worked
It was important that Land Developers only reduced the price of their "Overpriced & Overvalued Land" by way of "Bonuses" because these so called "Bonuses" could be classified or explained to the bank as a "Marketing Expense" or "Promotional  Expense" & not really "Fall In Land Values"
Banks also prefered to have it this  way so that they did not have to show their "True" exposure to risk on their balance sheet.
Remember if Developers simply reduced the price by the same value of these bonuses being offered it would have lowered the "VALUE" of the land triggering the banks to call in more equity from the developers to bring their loans back to agreed conditions or terms of the loans.
Unfortunately for Developers these little "Marketing Stunts" & "Tricks"  did nothing to shift stocks as consumers are not really that stupid, they know the land is still overpriced despite the bonuses being dangled in front of them.
Good luck trying to pull the wool over today's consumers eyes they are just too well informed or cautious & suspicious.
As you can see from the WA Gov't Landgate chart below sales for Perth Land in August 2011 were down to 324 lots a fall of 70% against the last 10 year monthly Average Sales for August of 1105 lots.

Just pause for a moment & think about it. What is wrong with this picture, a City of close to 2 million people & there were only 324 blocks of land sold in a month?
Banks are accountable for their balance sheets to their shareholders & they know that if land sales have imploded by 70% despite efforts from developers to shift stock it has to be because the Land is "Overpriced"
Developers might try & blow smoke up a Retail Consumers Arse  but try taking a puff & blowing it up a Bank Managers Arse & see how far you get. Banks are no longer buying the valuations put on Perth land.
The Big four banks are concerned about their exposure to Perth property & are putting pressure on developers to stump up more cash or else. No more time for games my Banking sources tell me Developers have till March to get their "Shit Together" or else.
Have a look at the adverts & promotions below from some of the Major Perth Land Developers & you might better understand why a land developer would slash $20K - $50K of blocks of land (typically around a 20% discount.)
But whilst you look at the Adverts from the big boys with deep pockets think  about the smaller ones that are about to go to the wall bringing the whole house of cards down with them. 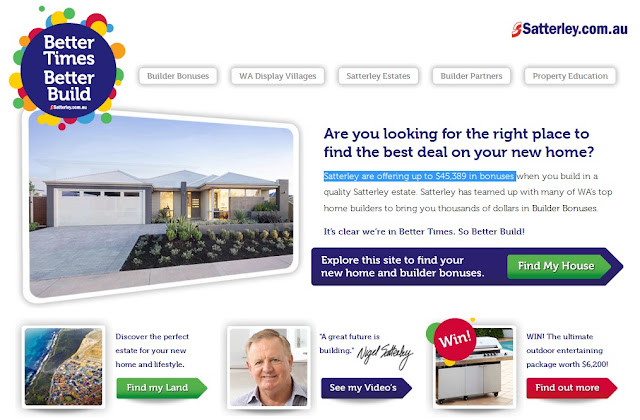 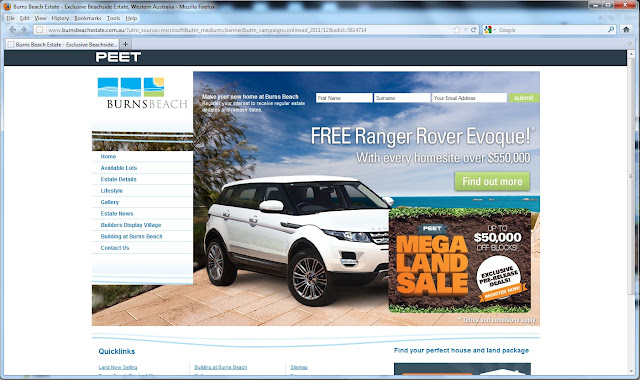 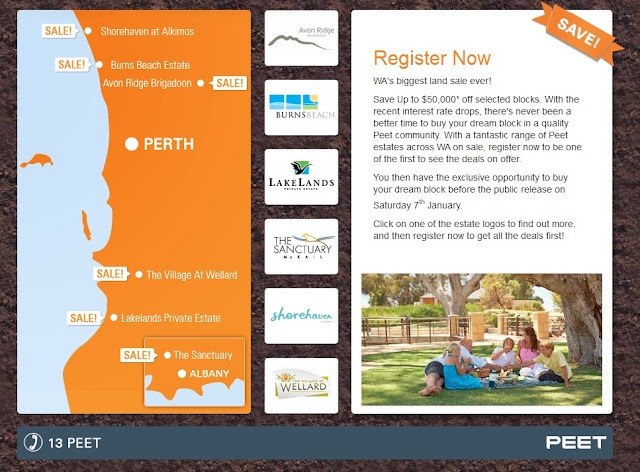 . . follow the link to Peet Site & see for yourself: http://www.peet.com.au/landsale/
Just have a look at some of the discounts being offered:

Now just imagine what these 2012 discounts will do to the value of the "House & Land Packages" people signed up to in 2011 believing the crap served up to them by PROPERTY Spruikers in 2011.