As most readers would know I often comment on Perth Now property page. Recently I said the following:

REIWA assert the following in the above Posting on Perth Now
1) That REIWA does "not" say house  prices are falling at $2,300 per week.& That it simply isn't true.
2) That Indications are that the median has bottomed.
3) That REIWA anticipates a flat 2012.

So I guess the ball is now in my court to prove my credibility so here we go:
Are prices falling at $2300 per week & did REIWA say this.
Yes to both look at the extract below from a REIWA publication
{http://reiwa.com.au/adm/Reiwa%20Magazine%20Panel/MarketUpdateNovember2011.pdf}
It clearly states that June 2011 Qtr Median house Price was $480K & the Sept 2011 Median Price was $450K a drop of $30K divided by 13 weeks in the Sept 2011 Qtr gives you prices falling at $2,307.69 per week. Sept Qtr is the latest official data published by REIWA.
This data says that what I say is 100% accurate Perth house prices are falling at $2,307.69 per week & it is REIWA's own data so in fact REIWA are saying it with their own data.

REIWA then makes the assertion that indications are that the Median has Bottomed:
The extract below from Landgate (22-12-1011) currently shows that Median prices fell further in October 2011 contradicting REIWA's assertion that prices have "BOTTOMED"  in fact Median prices fell further. So I put this up as proof REIWA are wrong when they say "Prices Have Bottomed" they clearly have not since putting out their Sept Otr 2011prices fell a 5% in JUST ONE MONTH!! it fell 6.3% in Sept Qtr thats 3 months & indicative data from Landgate says it fell a FURTHER 5% in ONE MONTH!!! how do you get "BOTTOMED" from that?
(Important to note LANDGATE data for Oct is indicative it may show greater falls or perhaps a recovery in prices. Although by now 6 weeks out this number is expected to remain at this rate. The November data is really raw showing a increase in Median which I expect to fall? Time will tell. I will update this chart in a few weeks shown outcomes)

Their "Communications Mouthpiece" then goes on to say that "REIWA Anticipates a FLAT 2012"
The problem is the President of REIWA is on record saying  prices will continue to fall for 6 months before recovering mid year. That is not indicative of a "Flat 2012" but a "FALLING 2012" Also have a look at the comment by ANZ Property forecaster in the same article he expects Perth prices to drop to $420,000. He is not that far out because if you look at the previous LANDGATE Data above for Oct 2011 it is already at $425,000.
As always there is a link for you to check for yourself: http://www.housesmart.com.au/blog/post/Perth-will-begin-to-Rebound-Next-year.aspx 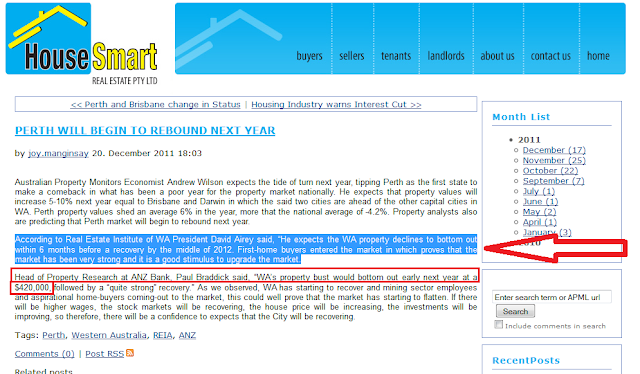 So there you go REIWA are wrong
A) Prices are falling at $2300 per week,
B) It is True no lies they RIEWA did say what I claimed they said it is there in Black & white in their own data.
C) There are no indications prices have bottomed in fact the opposite is the case with LANDGATE showing further falls.
D) REIWA don't anticipate a "FLAT 2102" their own President is on record saying prices will fall for the first 6 months of 2012 at the very least. ( HELLO 6 months is half of 2012 how can you possibly get "FLAT 2012 from that)
REIWA Communications Manager - Mr Brian Greig or "Director of Communications" as he like like to call himself  might like to grab a BIG BOX of These & he is going to need a lot of the stuff to get through 2012. 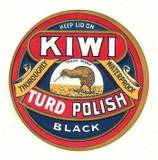 Remember you can Put Lipstick on a Pig but it's still a Pig! 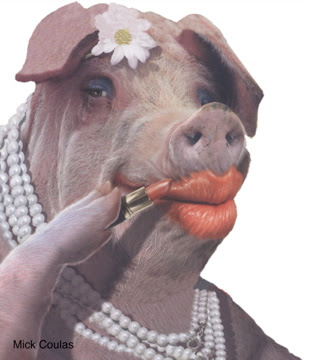 See Chart below of US House Prices & their rate of decline. US House prices peaked Early 2005 & their house prices started to decline from rates of growth around 17% PA By 2006 their rate of growth had declined to 15% when prices started to fall in earnest. It took almost 2 years for price falls to reach a rate of decline around 10% PA.
So US house prices reach a peak around 2005 had a period of flat prices then reached price falls of 10% 3 years later. Perth House prices reached their peaks in March 2010 According to REIWA & it has taken just 18 months to reach a rate of decline approaching 10%.
If you look at the US Housing chart below it took 2 years for them to reach a 10% rate of decline. Perth has done it in 18 months we are falling at a faster rate than the US did.
Note: The GFC did not cause US prices to decline they were falling for 2-3 years prior to the GFC. Pretty much the same as here in Australia. We are not in a recession far from it here in WA yet our housing markets are imploding. 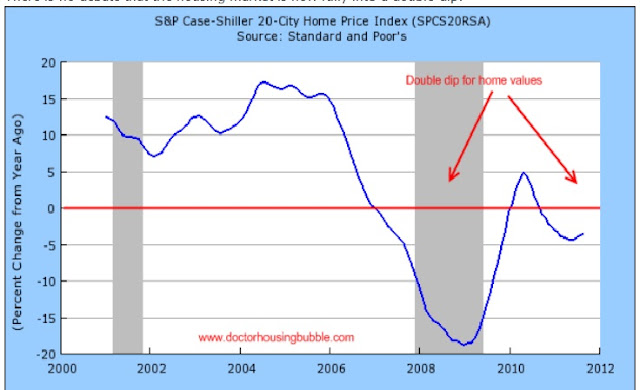 Anyone like to have some fun with REIWA?
Go to their FACEBOOK page & comment on this post & put a link to it as well & watch in 3 minutes it will be removed.
Special Thanks & Hat Tip to Dave my Facebook Legend posting a link on REIWA's Face Book site
Lets make this REIWA Mouthpiece spend his Xmass break 24/7 looking for the "Dave's" of this world on his Facebook page. Together we can make it a Very Merry Merry Christmas!!