So often we are told by "PROPERTY SPRUIKERS" house prices will "HAVE" to go up because we are not building anywhere near enough housing to keep up with demand & because of their "PERCEIVED" shortage house prices will keep rising as people have to have somewhere to live.

Gullible "Mum & Dad" PROPERTY SPECULATORS swallow this MANTRA dished out by these "PROPERTY SPRUIKERS" & continue to pay top prices for WA  housing thinking that the shortages are real.

Gullible Mum & Dad property Speculators rely solely on strong "Capital Growth" to offset negative rental returns. They believe the necessary "Capital Growth" they need for their Speculative Property Investment to work are there because there is a shortage of housing in WA but the reality is in fact very different.

You only have to attend any Property Seminar to  hear Property Spruikers go on & on about how big a  shortage there is & therefore Capital Growths are guaranteed.

Below is a chart from www.macrobusiness.com.au that I borrowed to demonstrate that there is no shortage of property in WA & that in the last 30 years we have been building mor than enough to meet demand. In fact we built a SURPLUS of housing during this 30 year period.
(Note: I added the Grid lines to their chart to make it easier to follow)

Further down I have broken down Population increase Vs Housing Completions  by years
(Note: my comparisons were with actual housing completion numbers & not just approval/planning numbers)

The years that I have compared (Every second year because that was easy to follow on the chart) shows that in only 4 out of the 17 years compared was there a shortfall in housing starts to population growth & one year where we built the exact amount of housing to match population growth.

Now in the 17 years compared below taking away surplus from shortfall in WA we find that we built a 48,110 surplus of homes over & above what would be dictated by population growth.

Now if you break it down to all the years over this period from the actual ABS Data you would find that in WA we have built 107,113 housing properties over & above demand based on population growth over this 30 year period.

So summing up if you look at the real ABS Data on WA Housing Builds Vs Population growth numbers you will find that in the last 30 years we have in fact built 107,113 homes over & above demand.

So I wish Property Spruikers & Speculators the Best of Luck with your dreams of Capital Growths based on any shortages driving prices up.

Australian Census data has shown that on average over the last 30 years there has been 2.5 people per household.

In fact this number has been growing in recent years, because of the high cost of housing & rents, people have either been living at home with their parents longer or sharing longer with friends.Sharing or renting out a spare to friends has also become an economic necessity for many FHB just to enter the housing market.  But for the sake of this exercise lets use the long term average of 2.5 people per household.

With this in mind it would stand to reason that if the West Australian population increased by 25,000 people in a year we would need to build 10,000 new houses / units / apartments etc etc to accommodate this increased population. 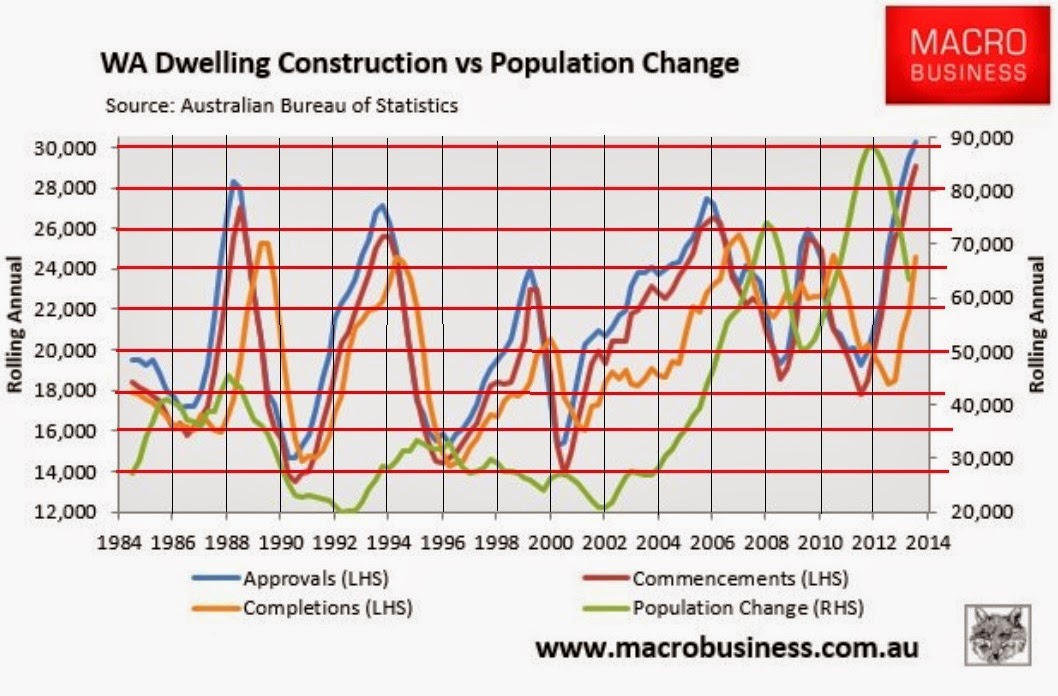 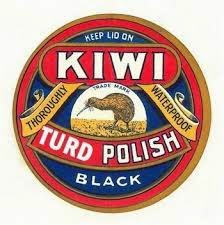 Just a side note in many of the comments left here  I am often asked to explain where are all these empty houses if this was the case? ....

Well lets look at the Department of Housing & Works they have 57.850 homes/units etc etc under their management yet at any given time there are over 8,000 of them vacant for various reasons......

Another area for vacant homes I discovered was the "Age Home" sector where there are thousands & thousands & thousands of elderly people living their last few years out with their family home vacant because they don't want to rent it out to strangers & have it trashed & besides whats the rush to sell after all they are going up in price more than their holding costs & if sold in a few years after Nanna passes away more money to share with those left behind & after all it would be too upsetting to sell Nannas home whilst she is alive & confirm to her she is never coming back.

Comments / Questions / Suggestions good or bad always welcome as usual.
Posted by Not The Greater Fool at 3:45 AM